Sea turtles are reptiles living in water; six of their species belong to the family Cheloniidae and one to belong to the family Dermochelyidae. These famous marine relatives of wild turtles glide across the deep coastal regions of the Pacific, Atlantic and Indian Oceans.

Sea Turtles are amazing creatures however they often become the victims of plastic waste. Their anatomy, age as well as their physical abilities are astonishing and undoubtedly justify that they should have their own day.

1. Jellyfish are their favorite meal

This is one of the interesting facts about skin turtles that they eat jellyfish and keep the populations under control. Plastic jellyfish look like objects floating in the water. This is why many turtles die from eating plastic and eat a delicious snack. Sea turtles will catch and eat a plastic bag because it looks like a jellyfish. It can kill sea turtles.

2. They are lawnmowers of the Oceans

Sea turtles do not have teeth, yet it is one of the interesting facts about sea turtles their mouths adapt to all the types of food they usually eat. The vegetarian sea turtles eat seaweed, while the other turtles eat clams, crab, jellyfish and sea cucumbers. Sea turtles have a higher vegetarian diet and are have seagrass as food. By keeping the seagrass short, they basically prevent it from growing and damaging other sea creatures.

3. They are unable to retract into their shell

Since they do not need to defend themselves from predators all their life in the water, sea turtles can’t retreat their heads and flippers get to their shells. Their structure makes them flexible while they are underwater but are vulnerable when they nest and hatch.

4. The temperature tells the gender of baby turtles

In most species, gender is determined during fertilization. However, the sex of most turtles, alligators, and crocodiles is determined after fertilization, the temperature of the developing eggs is what decides whether the offspring will be male or female !

Research shows that if a turtle’s eggs incubate below 81.86 Fahrenheit, the turtle hatchlings will be male. If the eggs incubate above 87.8° Fahrenheit, however, the hatchlings will be female. Temperatures that fluctuate between the two extremes will produce a mix of male and female baby turtles. Researchers have also noted that the warmer the sand, the higher the ratio of female

5. They are long-lived creatures

They succeeded to survive with the climatic changes that killed dinosaurs. Atolea Jewelry has been inspired by these incredible creatures to design a collection of Sea Turtle Jewelry

6. They spend most of the time in the ocean

Sea turtles spend a bigger part of their lives in the ocean. Females can only be seen on the beaches amid the nesting season. During the nesting season, the females will return to the same beach where they were born. You will find the right beach even after thirty years of absence.

Sea turtles walk on the ground slowly because their fins adapt to swimming and not to walking. They are excellent swimmers and can travel long distances. Leatherback turtles can travel around 12,000 miles per year !

8. Each species has its unique diet

The Green sea turtle feeds on seagrasses, Leatherbacks feed on jellyfish and other soft-bodied animals, while Loggerheads feed on crabs, clams, and other heavyshelled animals.

9. Sea turtles are an essential link in the marine ecosystem

By grazing on seagrass, which helps increase the productivity and nutrient content of the grass, and foraging within coral reefs, sea turtles help to maintain healthy habitats for other vital species, such as lobster, shrimp, and tuna.

Sea turtles that feed on jellyfish play a pivotal ecological role as a top predator for jellyfish and make a major contribution to jellyfish population control.

Just keep swimming ! Baby turtles are hardwired to swim for days into open ocean before they find floating seaweed or something to rest on, so these little guys just kept swimming in circles for the first few days after they were born.

Sea turtles are a great example of persistence, determination, endurance and more.  Discover our Sea turtle jewelryand wear them as a reminder to never give up and to live each day to the fullest !

11. Only 1% of turtles make it to sexual maturity

Their journey from the nest to the sea can be treacherous, and the sea turtles that do make it to the sea are still highly vulnerable to predators.

After emerging from their nests, hatchlings immediately make their way to sea, starting a journey that may take them right back to where they hatched, where they will then lay their own eggs.

12. They have an excellent sense of direction

They have a built-in GPS system. Sea turtles can detect the angle and intensity of Earth’s magnetic field, and they use it to navigate thousands of miles. The have the ability to find an island in the middle of the ocean!

Sea turtles are fascinating creatures and these 12 interesting facts are not going to contradict us! 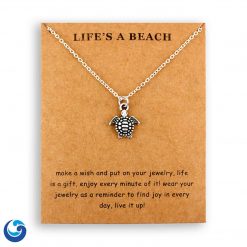 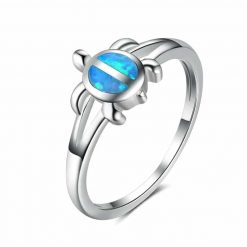 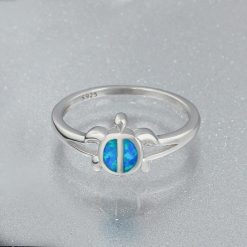 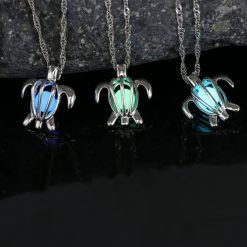 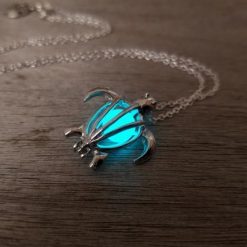 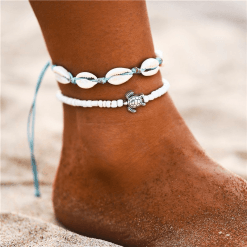 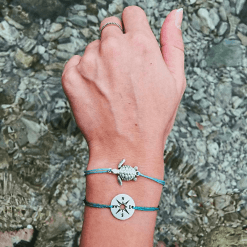 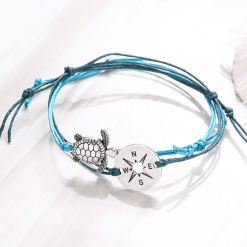 “Save The Sea Turtles” Bracelet