Spanning six square kilometres off Grenada’s south-west coast, the Molinière-Beauséjour marine protected area (MPA) shelters fish, lobsters and colour-drenched coral reefs, but the reserve has a larger goal – to raise public awareness of the need to safeguard the island’s vibrant waters. The MPA has proved successful since its introduction in 2011, already drastically reducing spearfishing and drift net fishing. “This allows for the return of larger predators like snappers and groupers and an invaluable return of larger herbivores and keystone species such as parrotfish,” says Christine Finney, manager of Eco Dive in Grenada.

Top dive sites: Grenada has some of the most beautiful sites for your diving bucket list – and some of the best-named too, such as Purple Rain, Happy Valley and Shakem. The latter is the wreck of a 50 metre-plus cargo ship lying in 30 metres of water near St George’s harbour, where the bridge, captain’s quarters and engine room are intact for more experienced divers to nose around. Another man-made site worth dropping in on is the Underwater Sculpture Park, an easy dive in four to 10 metres. It has replicas of work by British sculptor Jason deCaires Taylor that provide a home to colourful parrotfish, big flounders and delicate fire worms. 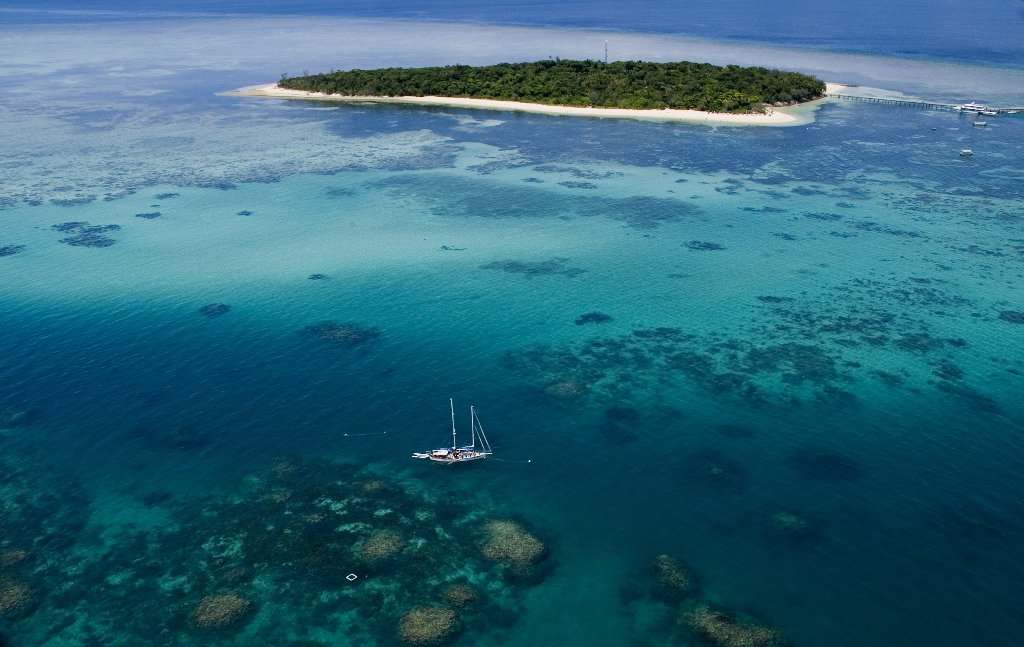 How to visit: Grenada doesn’t have dive site moorings, so finding the appropriate locations can be difficult. A local guide is therefore recommended – and is mandatory in the protected areas. If you’re heading to Grenada on a superyacht, Port Louis Marina is located just outside St. George’s and has 160 berths for luxury yachts up to 91 metres.

When to visit:  The Caribbean high season is typically December to April, but year-round diving is possible, with water temperatures ranging from 27 to 29°C. 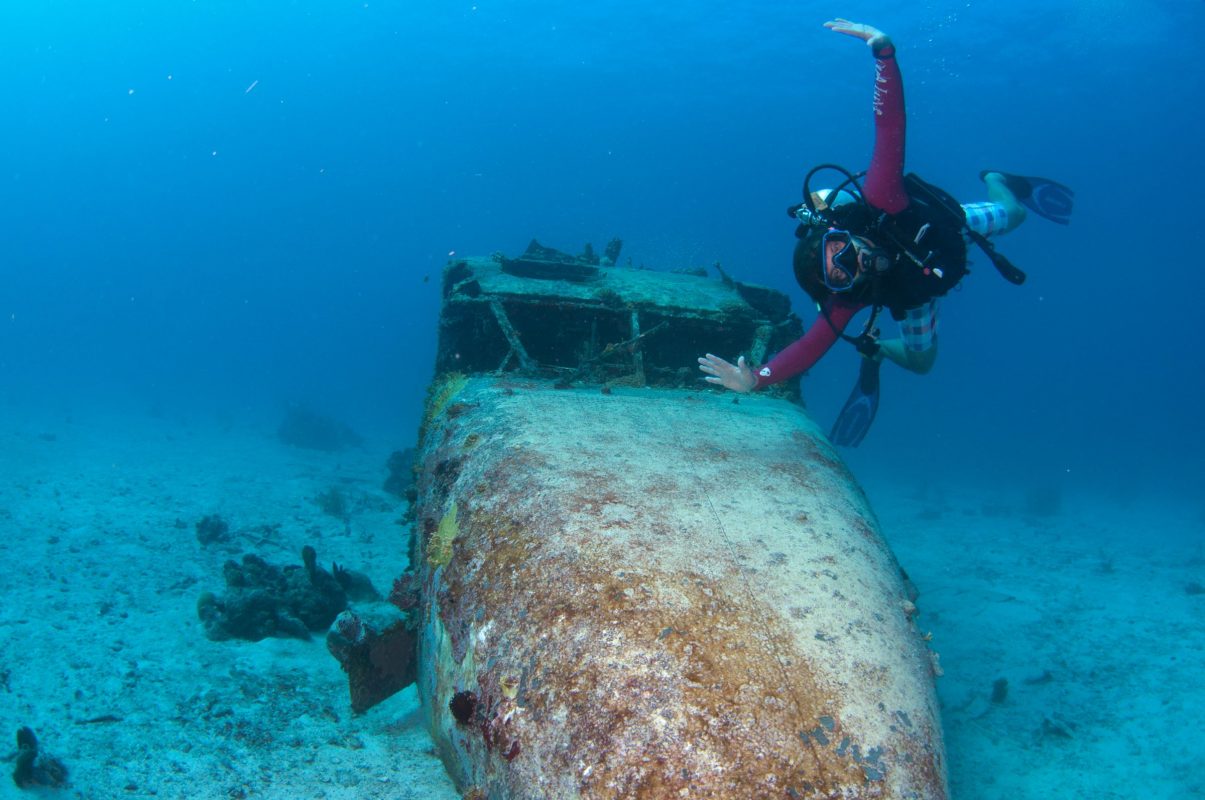 One of the newest marine reserves in the Pacific islands, Vatu-i-Ra Conservation Park aims to protect the vibrant channel that stretches between Fiji’s main islands of Viti Levu and Vanua Levu – a remarkably beautiful forest of reef that’s home to sea turtles, reef fish and massive corals. Dolphins come to play and humpback whales give birth here each year. “The Vatu-i-Ra barrier reef is in a high-current area, which constantly feeds the prolific marine life in this area,” says David Jamieson, of Asia Pacific Superyachts. “Add to this a couple of sheer-sided pinnacles that drop off to 1,000 metres, and you have a combination that produces extraordinary diving.” 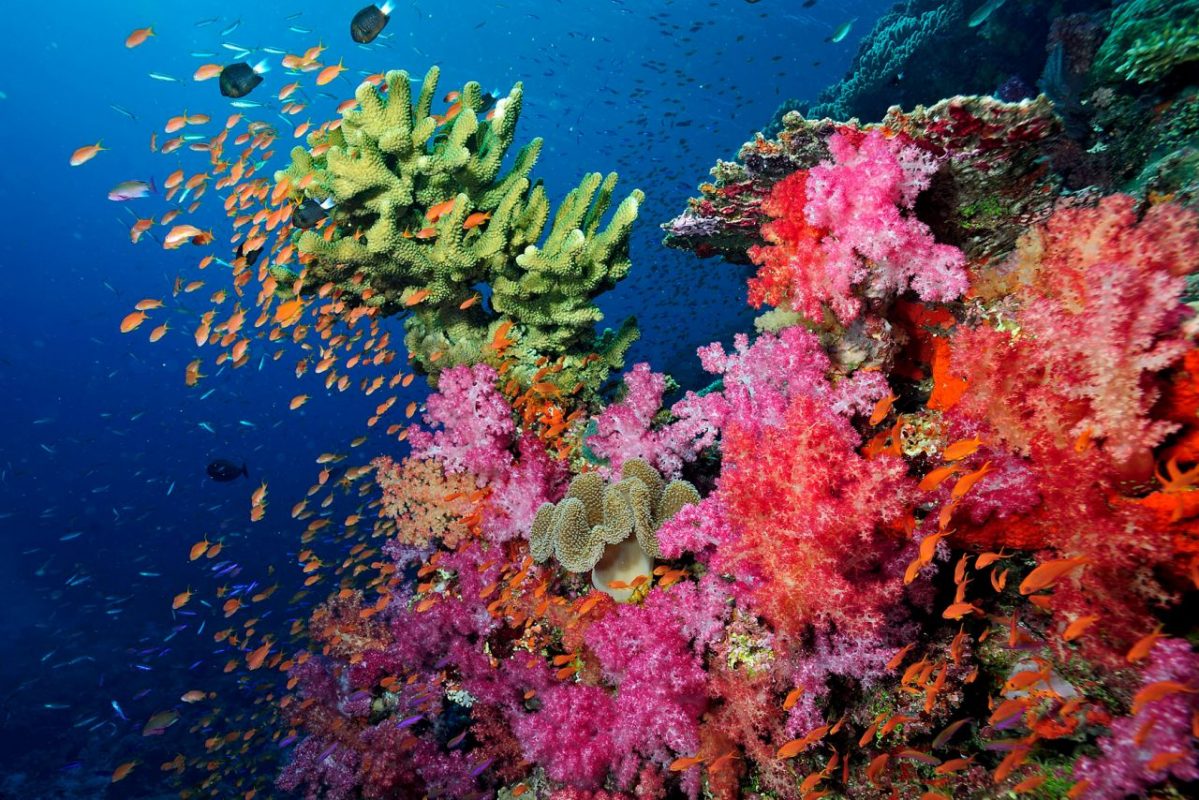 Top dive sites: The two best sites to encounter Vatu-i-Ra’s famous pinnacles are E6 and Mount Mutiny, the latter named after Captain Bligh’s ship HMS Bounty, which sailed past after the infamous insurrection. E6 has a cathedral-like rock formation framed in fan corals, while barracuda and large pelagic fish lurk in the depths. Mount Mutiny is best known for its Rainbow Wall, which is blanketed with an unusual soft coral of bright, vibrant colours that can be mistaken for sea fans.

How to visit: All of the dives can be experienced by moderate to advanced divers, but it is essential to take an experienced local diving guide. “All these dives are in high-current areas and timing is everything,” says Jamieson.

When to visit: *From May through to October, when the typhoon season has passed and temperatures are cooler. 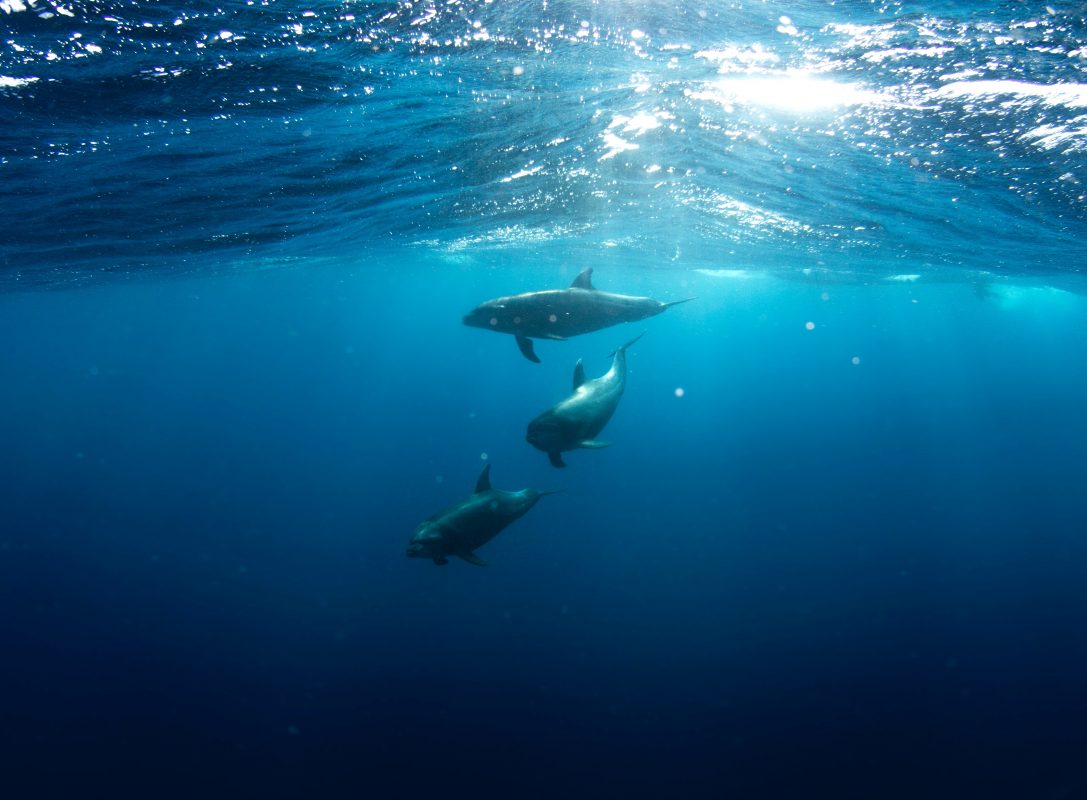 The only place in the world where you can frolic with penguins and sea lions, encounter sharks and see giant manta rays during one dive, these far-flung Ecuadorian islands have attracted nature enthusiasts since the days of Darwin. “Animals here do not show fear to humans,” says Antonio Moreano, of Sea Masters Galápagos, which looks after 80 per cent of the private yachts that visit. “You’ll experience the feeling of being surrounded by animals that don’t see you as an intruder, so you’ll feel as one with the environment.”

To protect this unique environment the Galápagos Marine Reserve was put in place in 1998 and now covers an area of more than 133,000 square kilometres. 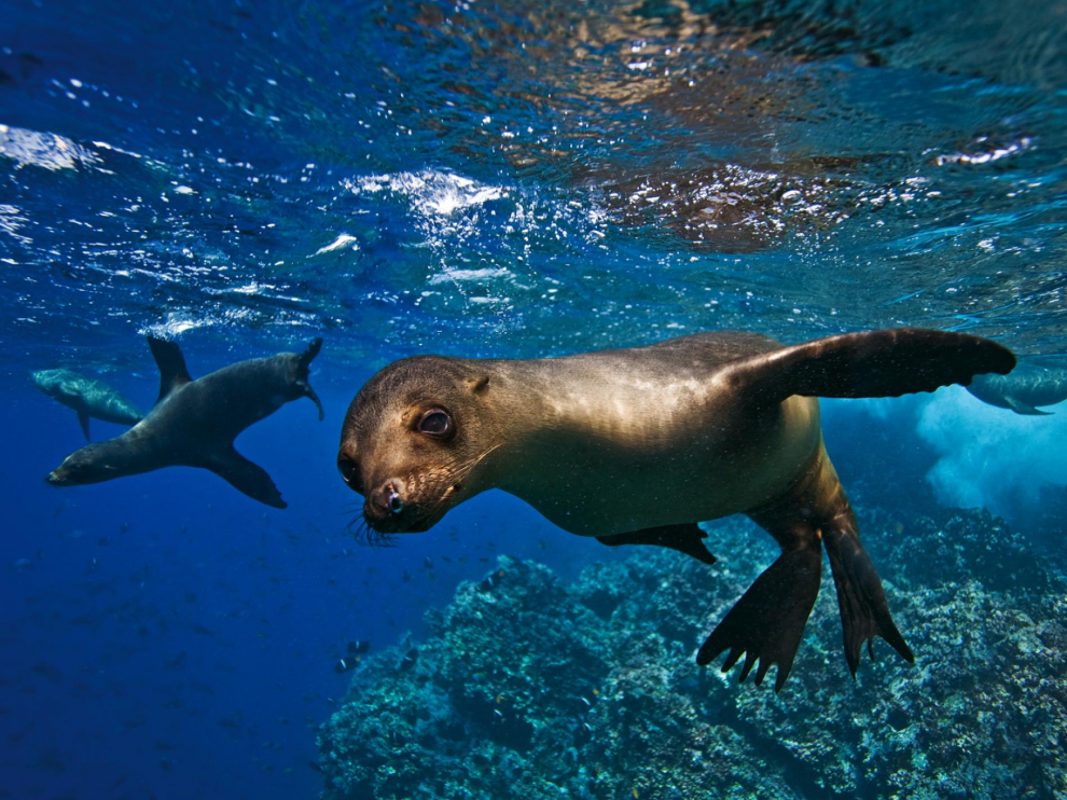 Top dive sites: For an up-close encounter with hammerhead sharks, Darwin Island allows divers to see schools of up to 100 at once as well as dolphins, giant tuna, killer whales, silky sharks and moray eels. Further excitement is on offer from June to November when placid whale sharks congregate in the area.

How to visit: In order to protect these fragile islands only a selection of yachts is allowed to charter in the region. Private yachts can visit provided they obtain a special permit and follow a specific itinerary. A local company is needed to assist with all the diving arrangements.

When to visit: As Galápagos is slung along the Equator, wildlife is active all year round but December is a prime choice.

The last frontier for diving is also one of the best and most exclusive locations – dived by only a handful of fortunate souls each year. “From giant Antarctic sea-spiders to the legendary leopard seal – an apex predator with a penchant for close encounters – divers can encounter wildlife that can’t be dived with anywhere else,” says Kelvin Murray, director of expedition operations at EYOS Expeditions, which organises trips here for intrepid yachtsmen.

The Antarctic Treaty ensures that the continent is “dedicated to peace and science”, which effectively ensures that everything below 60 degrees south is protected. In addition, a new international treaty signed in October 2016 has made the Ross Sea the largest marine reserve in the world. 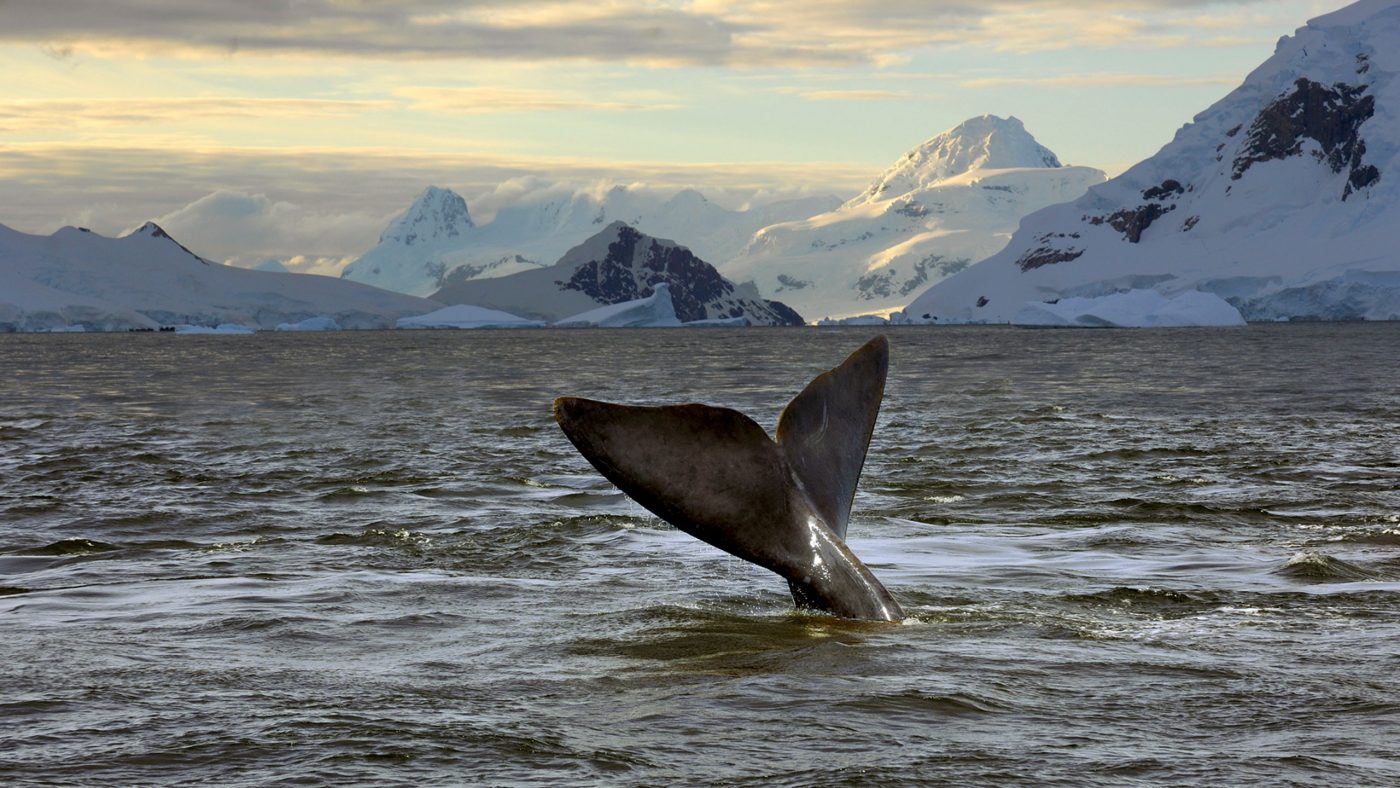 Top dive sites: Paradise Harbour is a steep wall dive that is “bottomless” in terms of a recreational diver’s scope – best trim your buoyancy at 20 metres and enjoy the colourful corals and sponges that are more reminiscent of the Caribbean than polar climes. At Port Lockroy, divers can see the remains of hunted whales from a century ago, preserved on the seabed at 15 to 18 metres.

How to visit: Specially permitted polar diving experiences, operated by professional guides such as EYOS Expeditions, can be arranged from private yachts and charters. Dry suits are mandatory as they create a watertight barrier from the frigid waters so that fleece undergarments can be worn underneath.

When to visit: When exploring Antarctica, the season runs from November until the end of March. “Visibility decreases later in the season but in February and March young penguins enter the water, and virtually every penguin colony will have a leopard seal patrolling for prey,” says Murray. 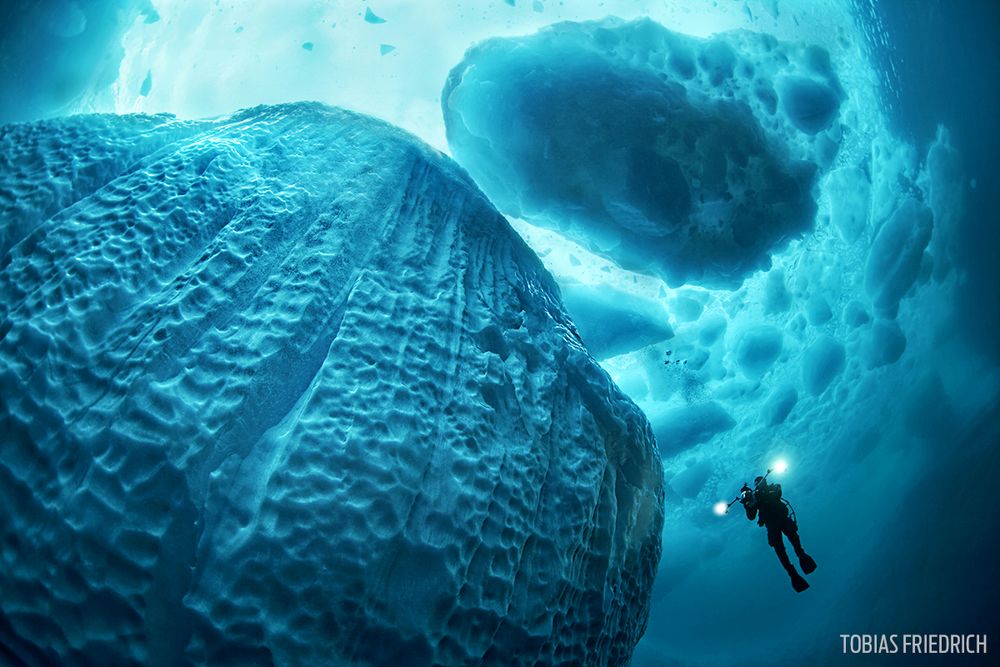 Marine reserves make up a tiny proportion of the world’s oceans but are vital to securing their future health. Risa Merl explores the best of these safeguarded wonderlands to discover the beauties they foster _

Divers flock to the 17,500 islands of Indonesia for marine life ranging from the petite – mini seahorses and vibrant anemone – to vast corals, some the size of a small car. “More than 75 per cent of the world’s coral species can be found in Raja Ampat – that’s 10 times more than the Caribbean,” says Arif Setyawan, known as Wawan, one of the dive instructors on Indonesia-based superyacht Lamima. “There is every type of diving here – big pelagic fish, muck, drift, walls, wrecks – even the most experienced diver will be amazed.”

But it is the graceful manta ray that takes centre stage after a 2014 campaign by Conservation International and WildAid secured full protection for the fish throughout the nation, making Indonesia the largest manta ray sanctuary in the world.

Top dive sites: In the Raja Ampat islands, the dive site of Manta Sandy in Dampier Strait is an easy 18 metre descent that allows up close and personal manta ray viewing. Nestle into the sandy bottom and watch as they dance overhead while they are cleaned by little fish. Magic Mountain in Misool, meanwhile, mixes manta viewings with sharks, schooling fish and corals, in a range from five to 18 metres deep.

How to visit: Only Indonesian-flagged yachts are allowed to charter in the country. Either find a yacht with Indonesian dive instructors on board, like 65.2m Lamina, or hire in local guides.

When to visit: Visibility is excellent all year round and the waters are constantly warm. Raja Ampat is best from October to April, the driest time of year. 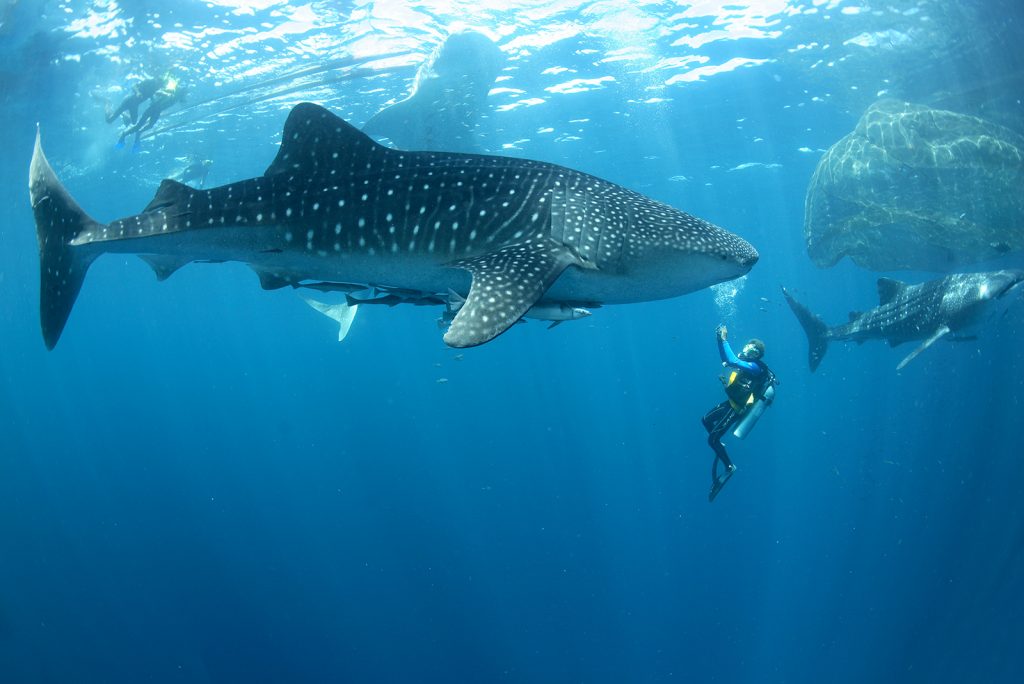