What do you know about one of the world’s most endangered species?

Sea turtles, also called marine turtles, look like regular turtles, but have flippers instead of legs. They have been on Earth for more than 100 million years, this makes them one of the oldest animal families on the planet. Below, here are 10 facts about these amazing creatures

1# They’ve been around for a very, very long time.
The oldest known sea turtle fossils date back about 150 million years, making them some of the oldest creatures on Earth. Just for some context, dinosaurs became extinct 65 million years ago: 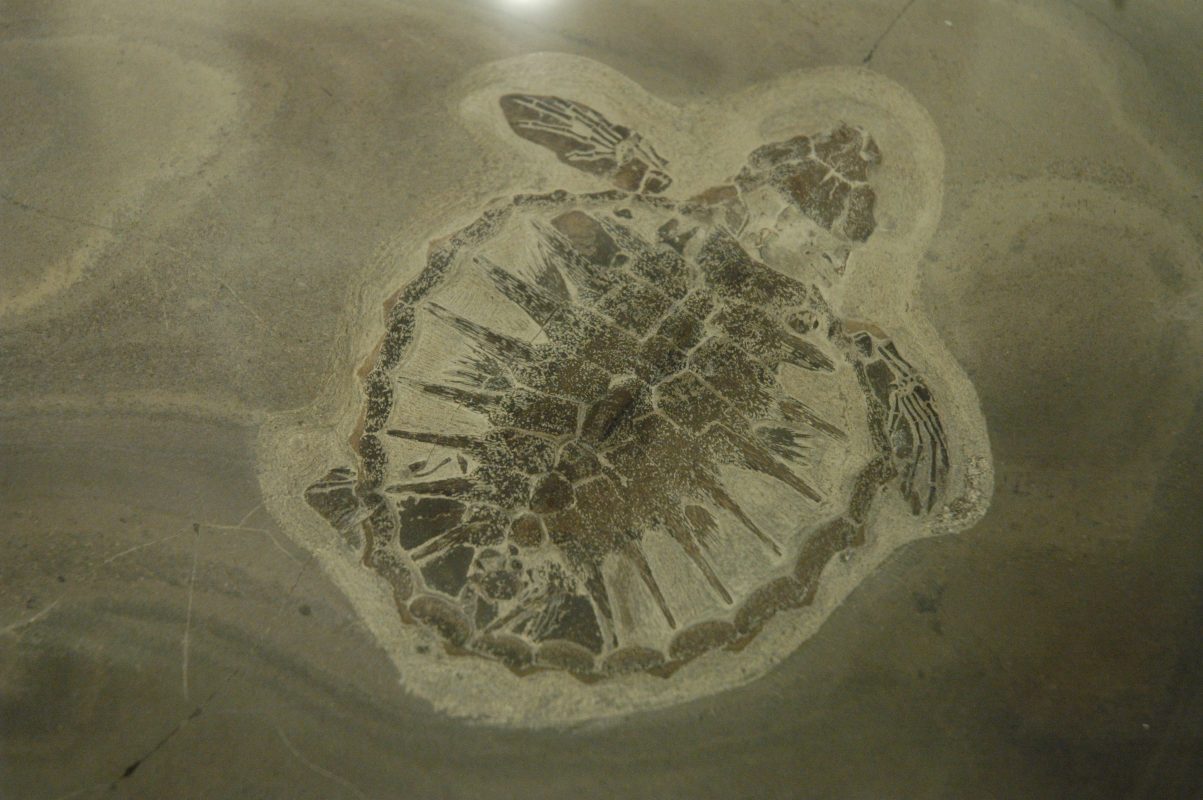 Sea turtle eggs need to incubate for 45 to 70 days before they hatch. The length of incubation time is affected by the temperature of the sand in which the eggs are laid. Eggs hatch more quickly if the temperature of the nest is warm. So if eggs are laid in a sunny spot and there is limited rain, they may hatch in 45 days, while eggs laid in a shady spot or in cooler weather will take longer to hatch.

Temperature also determines the gender (sex) of the hatchling. Cooler temperatures favor the development of more males, and warmer temperatures favor the development of more females (think of the potential implications of global warming!). Interestingly, even the position of the egg in the nest could affect the gender of the hatchling. The center of the nest is warmer, therefore eggs in the center are more likely to hatch females, while eggs on the outside are more likely to hatch males

3# For sea turtles, home is where the heart is.

It takes 20-30 years for a sea turtle to reach sexual maturity. When a female is ready to lay eggs, she returns to the nesting beach where she was born, even if she has not been there for 30 years! Some females nest every year until the age of 80. 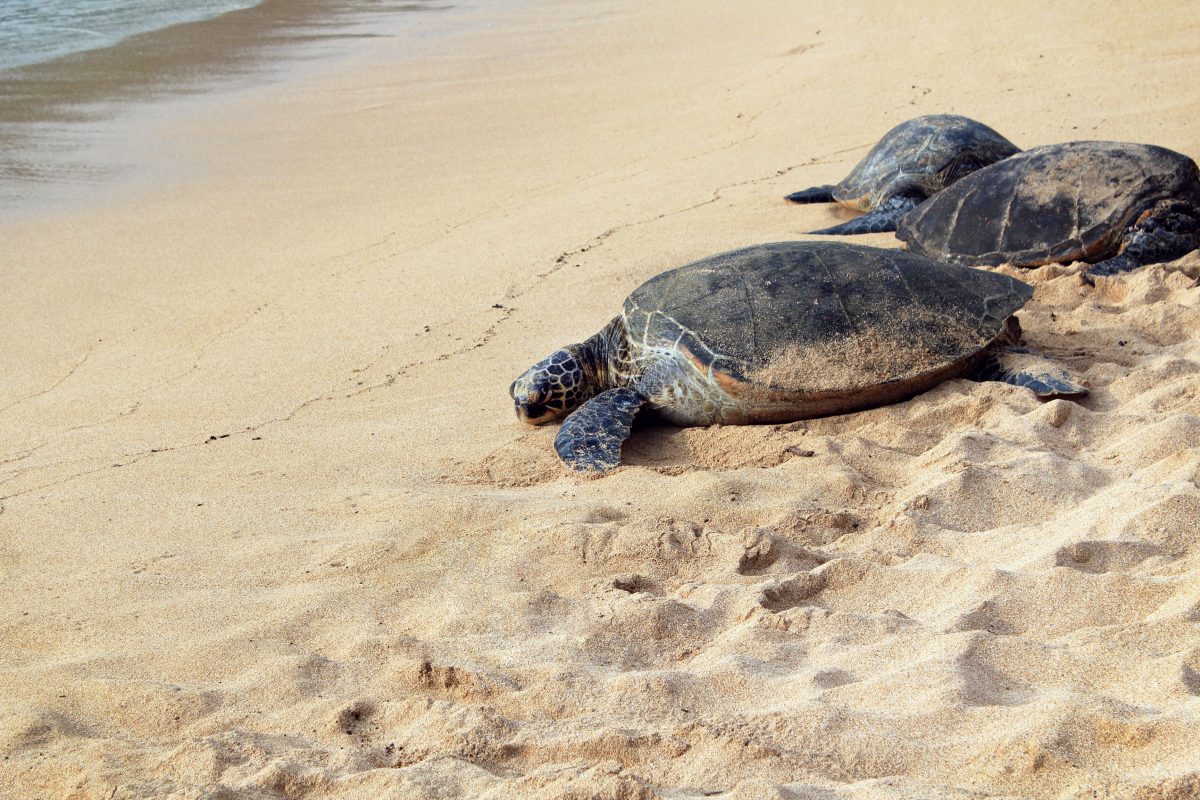 Sea turtles may migrate long distances between feeding and nesting grounds, and also, to stay in warmer waters when the seasons change. One leatherback turtle was tracked for over 12,000 miles as it traveled from Indonesia to Oregon, and loggerheads may migrate between Japan and Baja, California.

Young turtles may also spend considerable amounts of time traveling between the time they are hatched and the time they return to their nesting/mating grounds, according to ​long-term research. 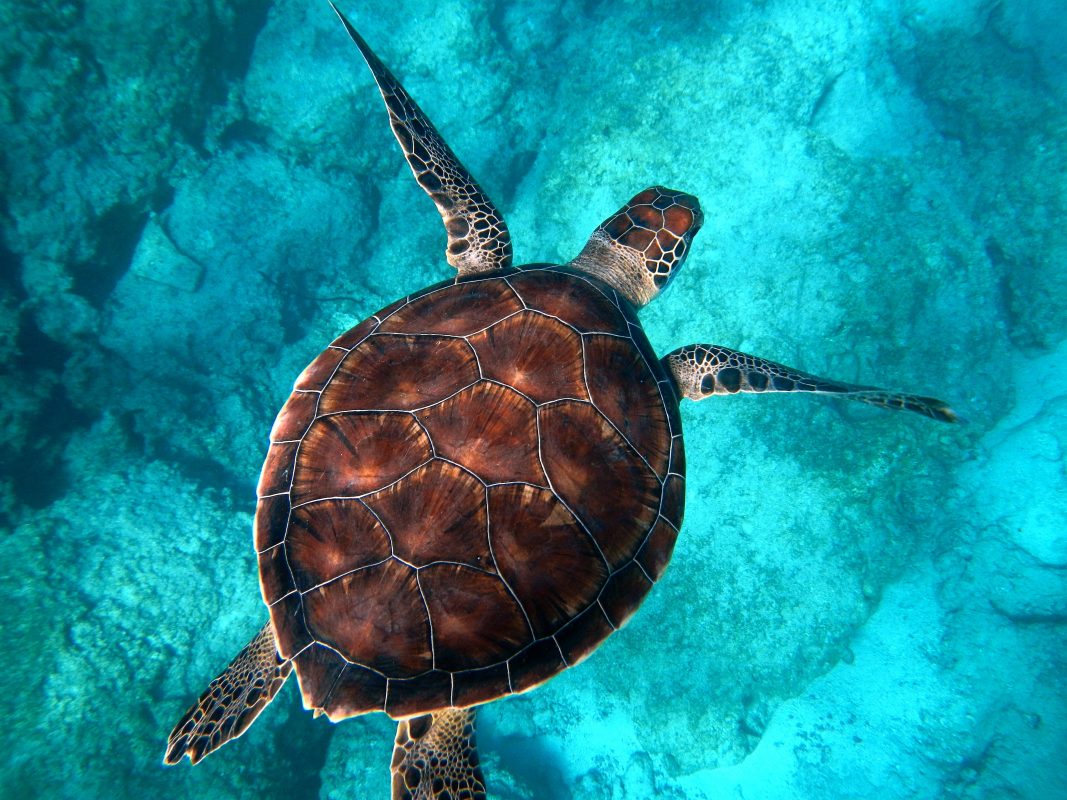 5# And for the new hatchlings, it really is survival of the fittest.

On the beach, hatchlings must escape natural predators like birds, crabs, raccoons, and foxes to make it to the sea. Once in the water, hatchlings are consumed by seabirds and fish. Few survive to adulthood, with estimates ranging from one in 1,000 to one in 10,000. 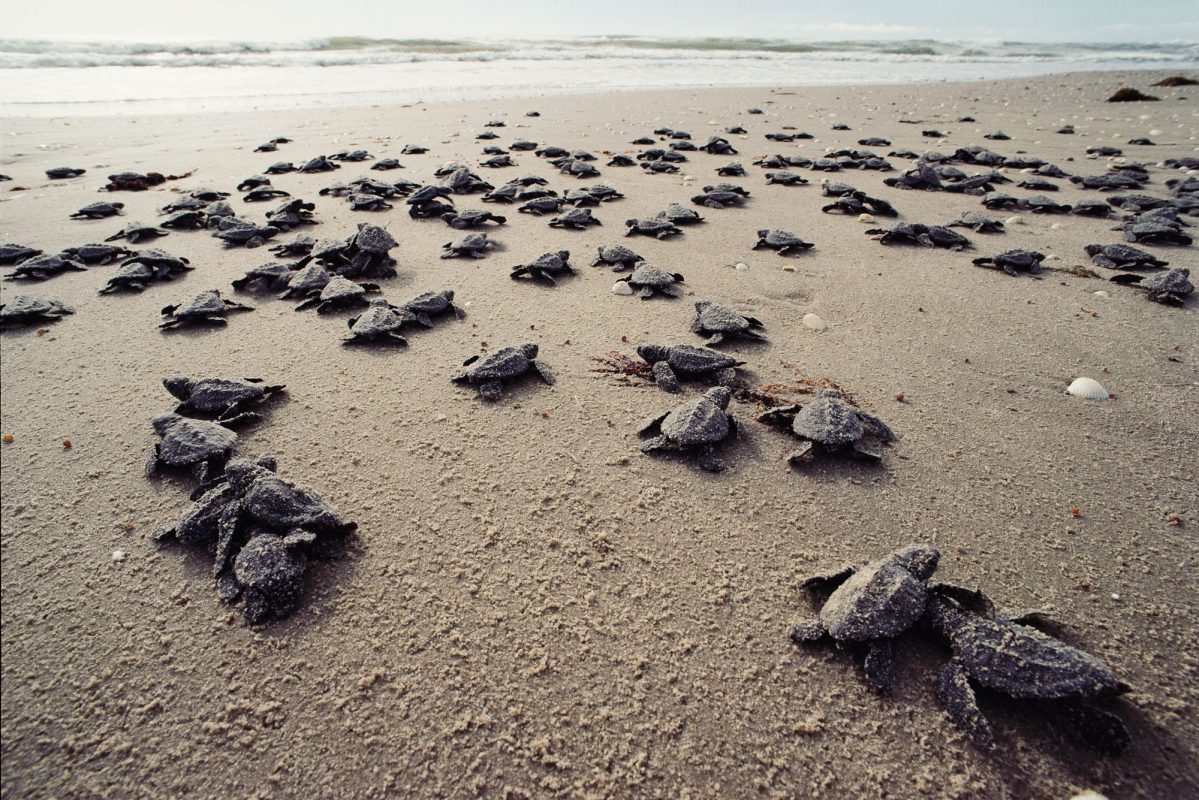 Since they don’t have to return to land to lay eggs, males almost never leave the ocean.This can make it difficult to keep track of population numbers.

7# They live a loooong time

It takes most sea turtle species a long time to mature. Consequently, these animals live a long time. Estimates for the lifespan of sea turtles is 70-80 years. 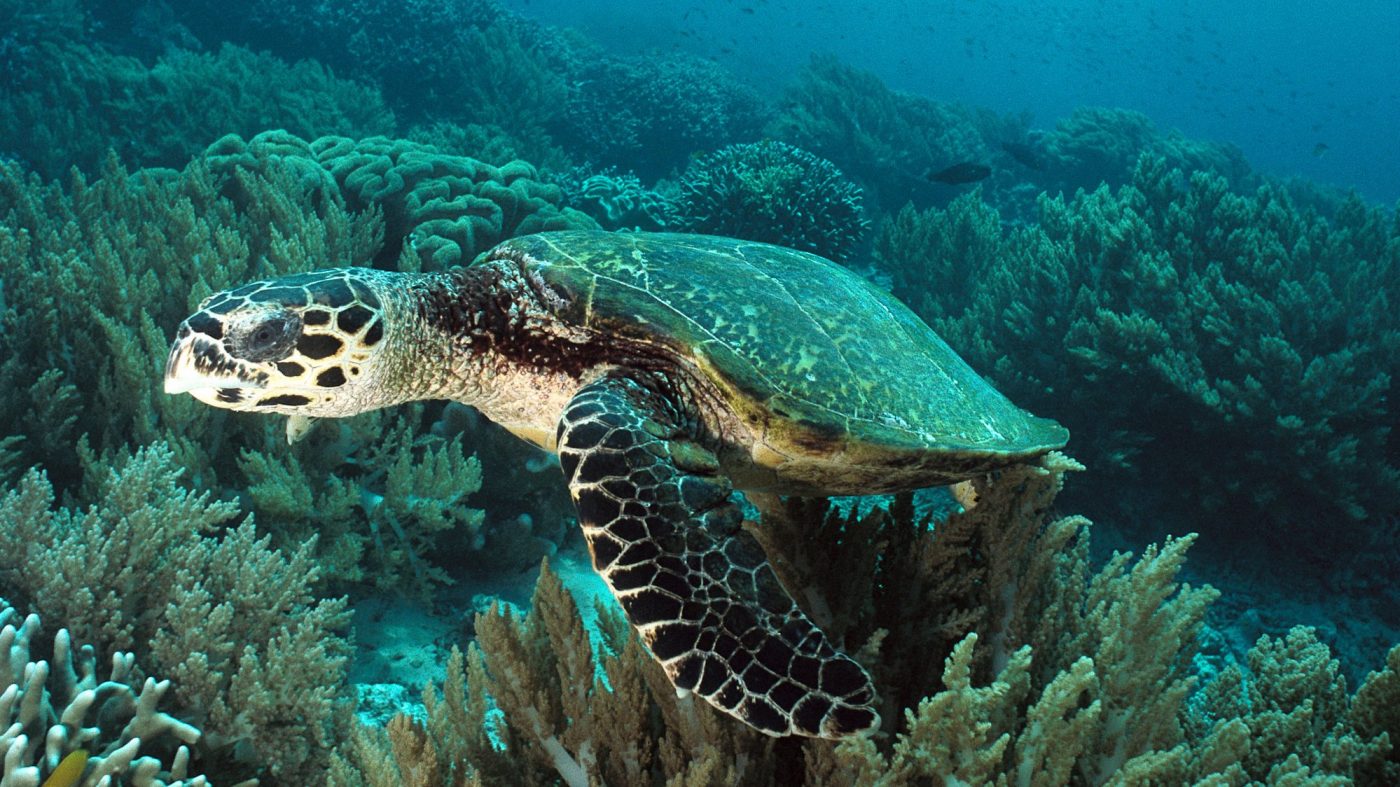 8# And some can weight a lot !
The leatherback is the largest sea turtle species, weighing up to 2,000 pounds and measuring from 6-9 feet long. Its shell (carapace) is strong and flexible, like leather — thus the name.
9# They are super greedy
An adult hawksbill sea turtle eats an average of 1,200 pounds of sponges a year.

Young turtles hatch during night and they use moonlight to find their way to the sea. Too many lights that are coming from the beach or from a nearby road can disorient and confuse young turtles. 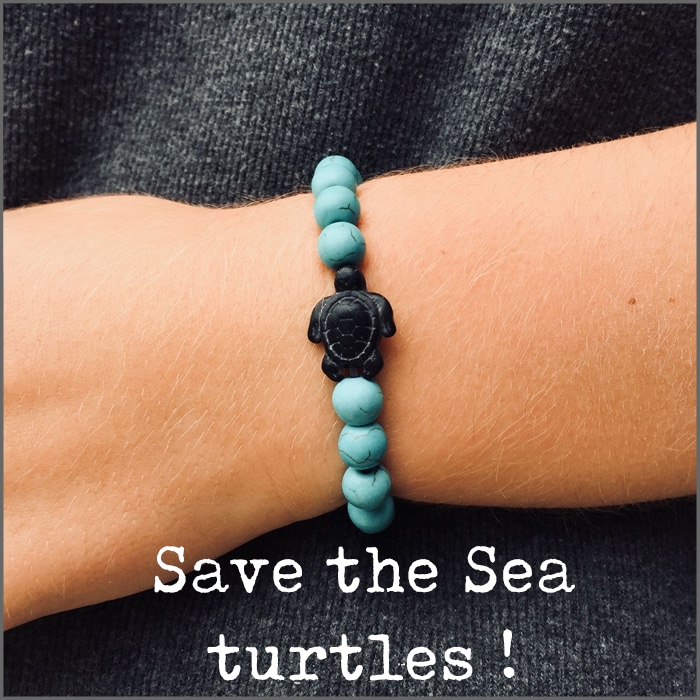 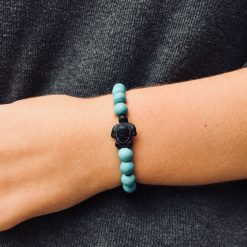 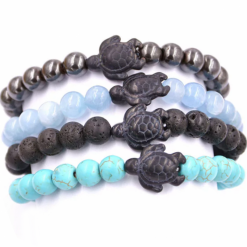 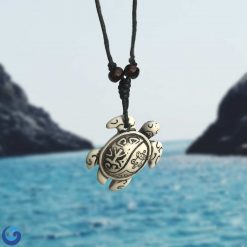 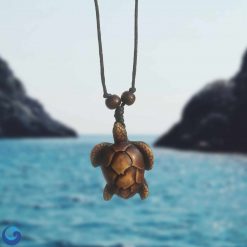