While Tiger Sharks have an unearned reputation for being antagonistic toward humans, they are in reality powerful, magnificent creatures that are often vulnerable to fishing and tourism practices.

So in order to protect these sharks, we need to learn some Tiger Shark facts.

-They are named after the stripes on their sides which fade as they get older and bigger.

-Tiger sharks are one of the biggest sharks in the world and have been measured at up to 5.5 metres long.

-They have a massive appetite and will eat almost anything, including fish, sea turtles and marine mammals, but will also eat human rubbish : Car licence plates, baseballs and car tyres have been found in their stomachs. They are known as “wastebaskets of the ocean” 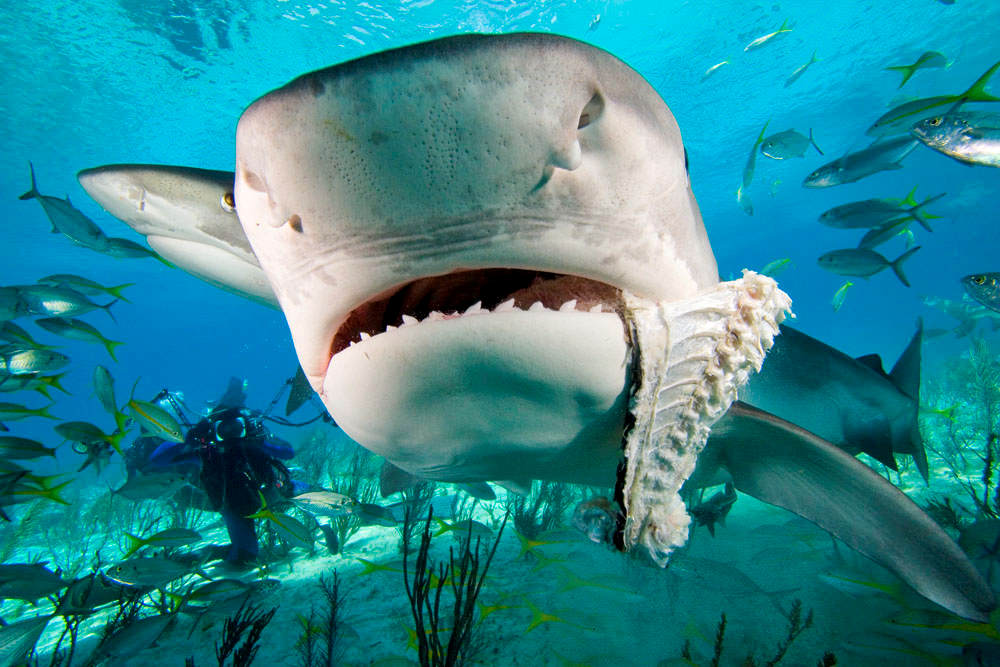 -Tiger sharks have special teeth that are serrated for sawing and cutting through the toughest prey, especially turtles.  Like other species of sharks, they are able to replace their teeth with rows of new teeth.

-They are found near the coast all around the world, especially in warmer waters. 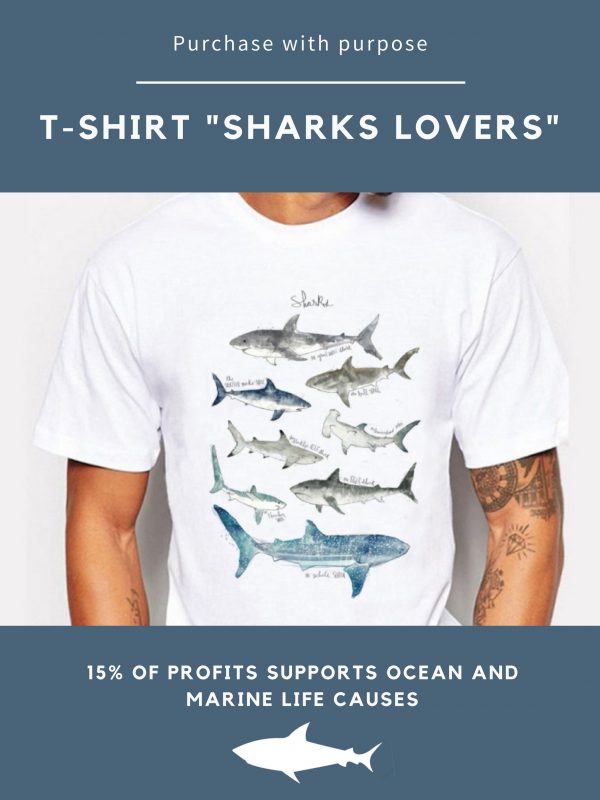 -Tiger sharks are solitary creatures most of the time. They will gather in larger groups during mating season or for the collective feeding when the large prey is available.

-They are migratory species. They travel several thousand miles each year toward warmer waters when temperature of water drops down.

-After internal fertilization (male inserts sperm directly into the female’s body), eggs develop inside the mother’s womb. Pregnancy lasts around 16 months and ends with 20 to 90 baby tiger sharks.

-The pups are not given any care after birth and have to find food on their own, often staying together in order to stay safe.

-Because tiger shark pups are abandoned, many of them end up getting preyed on by larger sharks. Even adult tiger sharks, though, are not safe from predation. They can still be eaten by great white sharks — which can grow over 17 feet long — and by killer whales, which hunt in groups called pods. 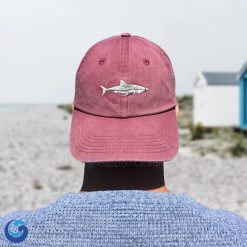 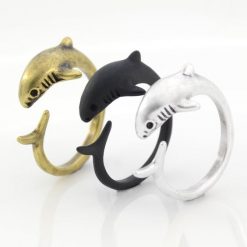 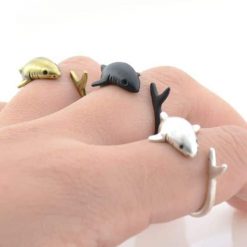 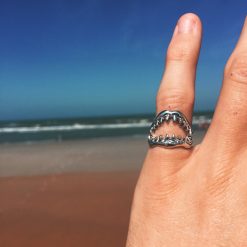 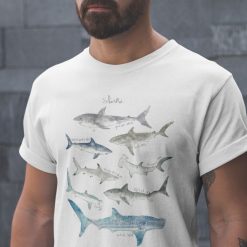 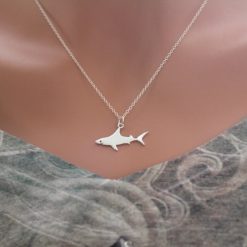 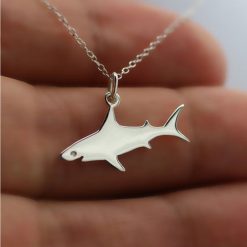 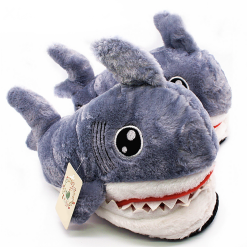 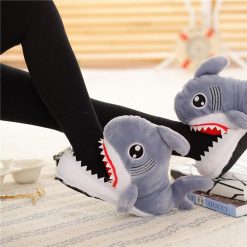 -Tiger sharks have powerful jaws that allow them to crack the shells of sea turtles and clams.

-Tiger sharks can survive up to 50 years in the wild.

-Once they find something fit for a meal, tiger sharks move very slowly, like tigers silently stalking their prey. This slow movement, together with the camouflage provided by the tiger shark’s skin, which is bluish-green on top and white on the bottom, prevents the shark from being seen until the very last moment, when it makes its move and it is too late for the prey to escape. With one powerful snap, the tiger shark secures its meal and finishes it within minutes.

-Because of its tendency to attack humans, some tiger sharks are hunted as part of shark control programs. They are also widely hunted for sport as well as for their fins, skin and liver, which is a rich source of Vitamin A. They are also accidentally caught by fishing boats catching tuna, swordfish and squid.

-In spite of these threats, though, the tiger shark continues to thrive because of its large, global population and high reproductive rates. Currently, it is classified only as a Near Threatened species, which means it is not considered Endangered.

-Some people may consider the tiger shark a menace or a trophy, but some native Hawaiians considered it a sacred spirit or the spirit of one of their ancestors, reincarnations of family members who passed away a long time ago. They especially believed that the eyes of a tiger shark had magical powers and that by eating the eyeball of a tiger shark, one could see better, even see the future. According to legend, the mother of the great King Kamehameha asked for tiger shark eyeballs during her pregnancy in hopes that the son she was carrying would become a great leader. 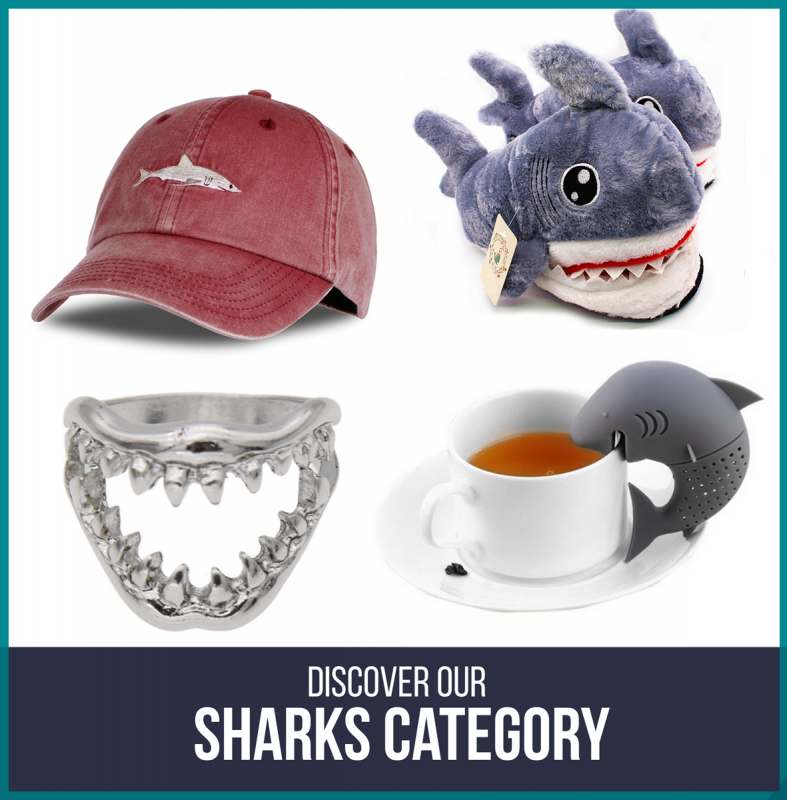