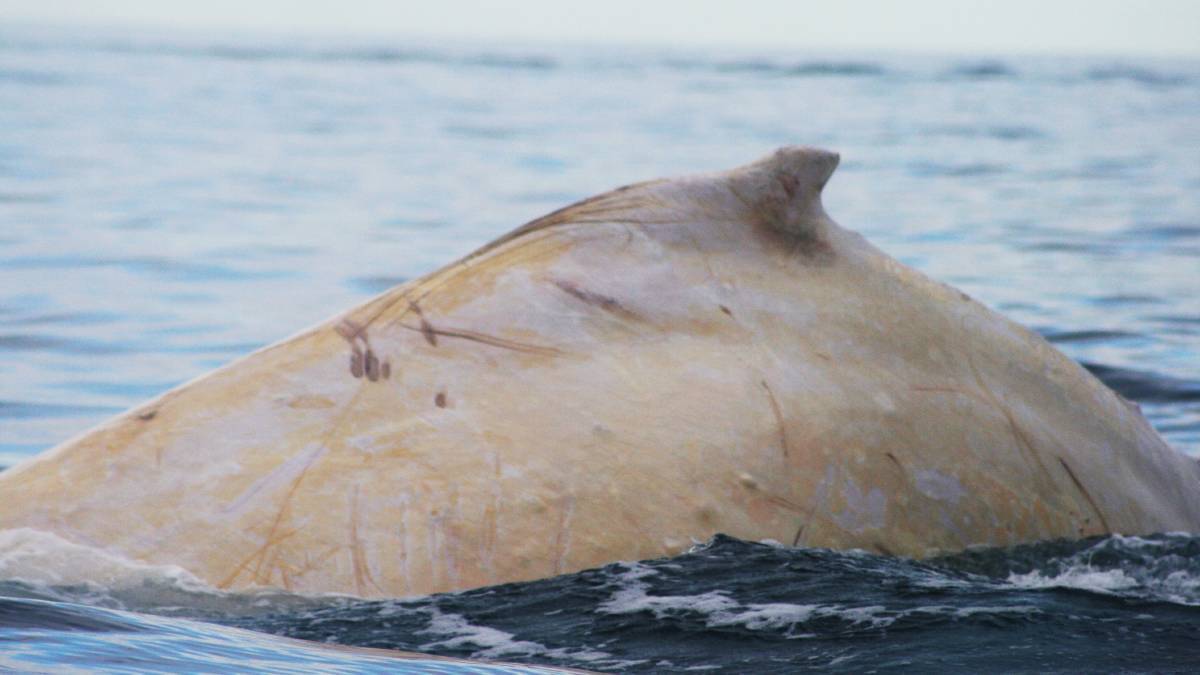 “Call me Migaloo,” would start the memoir of the most famous white humpback whale out there. He’s not quite from the pages of Moby Dick—Herman Melville’s white whale was a sperm whale and not entirely white—but Migaloo still makes quite a splash when he lifts his head or tail above the waves.

First spotted in 1991, he’s been seen more than 50 times since, including a few times around the Great Barrier Reef this summer. But the probable-but-unconfirmed spotting by Jenny Dean, a Queensland, Australia native, takes the cake. A few weeks ago, she captured Migaloo breaching in a spectacular photo, showcasing the whale’s bright whiteness that nearly looks photoshopped. 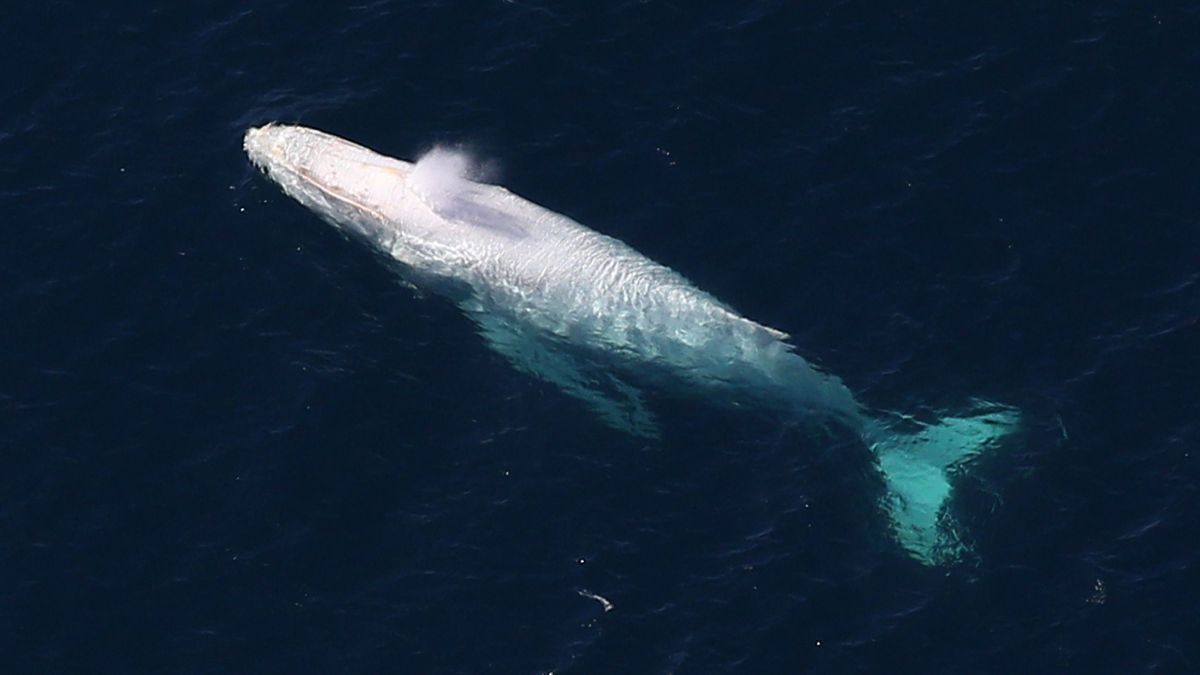 What do we know about Migaloo?
In the past 22 years since whale watchers first spotted the exceedingly social Migaloo—so-called after the Aboriginal word for “white fella”—scientists have been able to learn a bit about him. 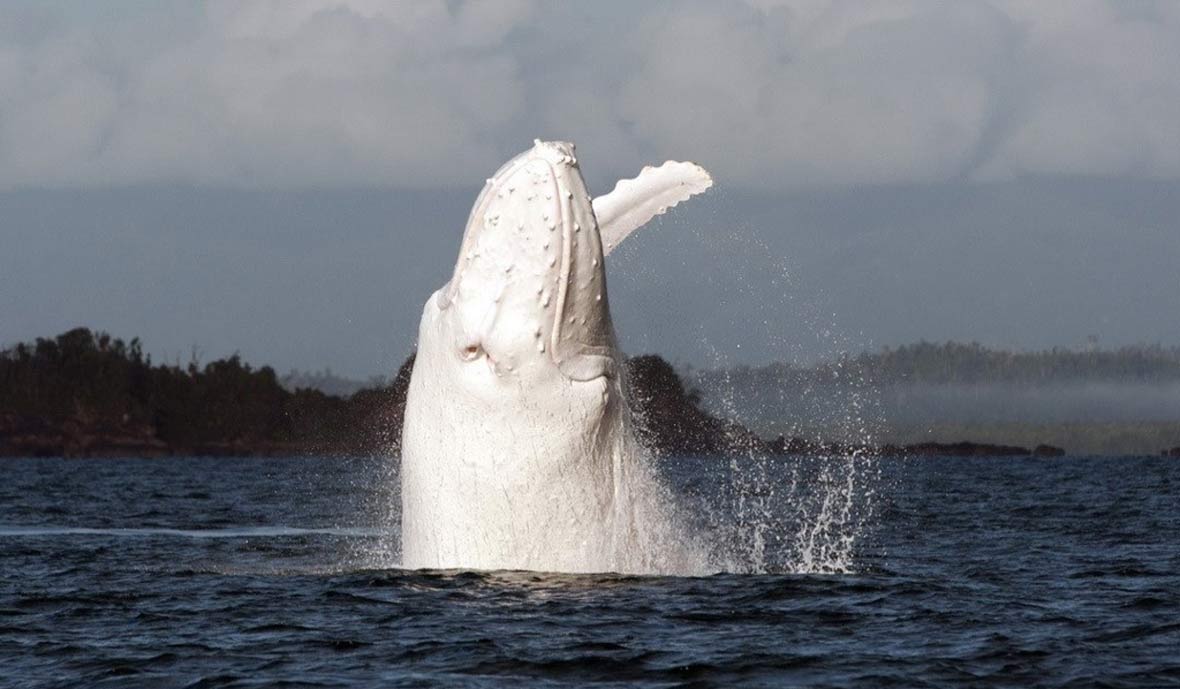 They think he was around 3-5 years old when first spotted, which makes him 25-27 now. Barring an unfortunate accident, he may have another 50 years ahead of him, although scientists don’t know for sure how long humpback whales live because they don’t have teeth—like tree rings, analyzing concentric layers in teeth is a common way to measure age in mammals.

His maleness was further confirmed by DNA after researchers from Lismore, Australia’s Southern Cross University, collected skin samples from Migaloo in 2004

And did you know ?! Australian whale-watching laws require boats to stay about 1,000 feet from all humpbacks, but a special law requires watercraft to stay at least 1,600 feet away from Migaloo.

One thought on “Discover Migaloo : An Extremely Rare Albino Whale”